Did you know the five amazing facts about Zebras,

With so many majestic animals that call Africa home, it is little wonder that wildlife enthusiasts from around the world visit Africa to witness its abundance of beautiful creatures. One of the most iconic animals is, of course, the zebra. This wild, horse-like animal lives in harems and large herds across Southern and East Africa. But did you know that there are three species of zebra? Read on for more amazing facts about zebras, one of our favorite animals to see up close on safari.

ZEBRAS IN THE WILD.

1) THERE ARE THREE SPECIES OF ZEBRA 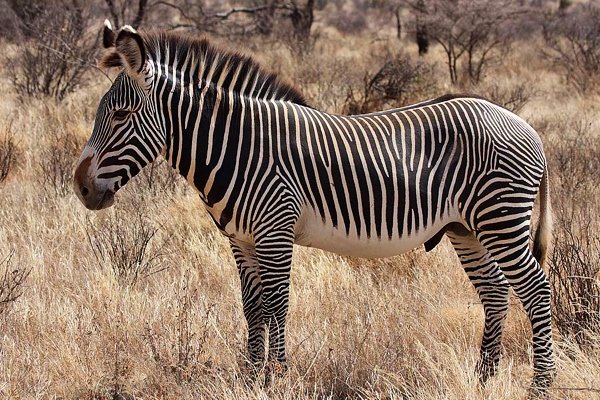 A Grévy’s zebra, the largest and rarest of the three zebra species.

Plains, Mountain and Grévy’s zebra comprise the three species of zebra. Plains zebra are the most common species of zebra, found throughout sub-saharan Africa from southern Ethiopia, Kenya and Tanzania all the way down to Botswana and South Africa. Though they are less common, Mountain zebra are found in large numbers in Angola, Namibia and South Africa. Grévy’s zebra is the largest and most rare of the zebra species. Unfortunately, Grévy’s zebra is also the most imperiled, with only an estimated 3,000 members left in the wild.

2) ZEBRAS ARE WILD ANIMALS THAT CANNOT BE DOMESTICATED

Ever wonder why zebras have never been used by humans in the way that horses and donkeys have? Well, it’s not for lack of trying. According to writer Francis Galton, the Dutch Boers, among others, tried and failed to tame zebras to be used in transportation. The personality and character of the zebra is to blame: the animals frequently escaped their enclosures, and thwarted the training of their masters. This ‘untrainable’ behaviour may be the result of evolution: since zebras naturally live in large groups in an environment full of predators, their strong survival instinct makes them considerably less friendly to humans than their horse and donkey cousins.

3) A GROUP OF ZEBRAS IS CALLED A ‘DAZZLE’

A dazzle of zebra in East Africa.

Owing primarily to their distinctive striped coats, a group of zebra is called a ‘dazzle’. This name also refers to a unique phenomenon called “motion dazzle”, an optical illusion that occurs when groups of zebra move quickly together. According to researchers, motion dazzle has a big benefits for zebras: the visual illusions caused by the stripes and moving zebras confuse the visual fields of other mammals, including predators, increasing the chances for zebras to escape. The black and white stripes can also ward off horse flies since the high contrast patterns make zebras a less attractive target to insects.

Zebra, like many other large African herbivores, are constantly on the move in search of water and food. In East Africa, zebras are part of the “Great Migration”, an annual occurrence where millions of zebra, wildebeest and other antelope travel on a 500 mile circuit in Tanzania and Kenya, across the Serengeti, Maasai Mara and Ngorongoro Crater. In Southern Africa, researchers have tracked zebras traveling even further: 300 miles on a straight line across Namibia and Botswana. While this is shorter than the overall Great Migration circuit, it is longer in one single direction, making it the longest migration among all African mammals—an impressive feat! 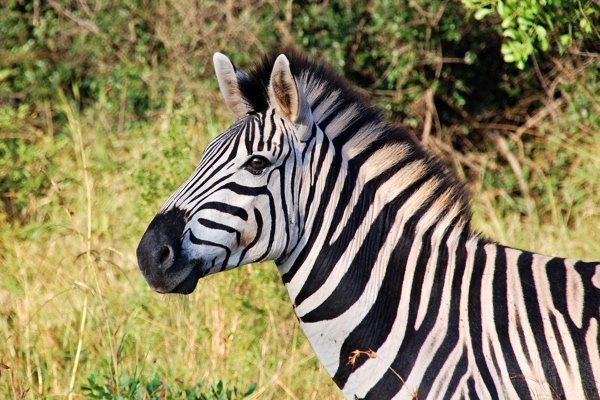 Look closely, can you see that zebras are black animals with white stripes?