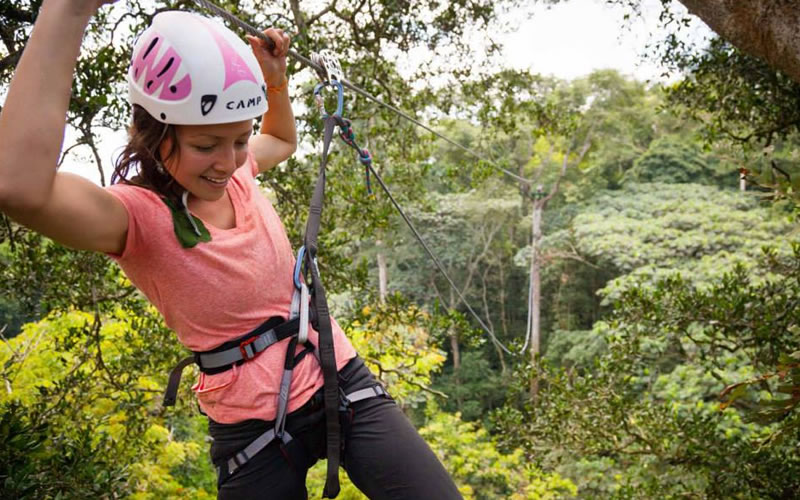 LUGAZI – Most of the times when people come across books, they tend to judge them by their covers. This is the same thing that happens whenever people pass by Mabira to their various destinations along the Kampala-Jinja highway or sometimes they tend to assume what is already in there. BBC

Mabira Forest is not just some reserved land with tall trees that are harbouring monkeys but a goldmine with Griffin Falls Camping site as one of the major tourist attraction sites in the country.

The camping site was one of the places toured in the “Tulambule ” tourism promotion headed by the State Minister of Tourism Hon. Godfrey Kiwanda last month along with promoters like Media personality Anita Fabiola.

The camping site owned by Mabira Forest Integrated Community Organisation (MAFICO) was paired with the Untied States Peace Corps Volunteer. In February 2013, Aaron Blanhard had the intention of cultivating a culture of conservation among the surrounding communities of Mabira forest by creating sustainable, legal work with in the forest.

“Griffin Falls Camp was established to ensure the welfare of the people in the surrounding communities by offering employment opportunities to them, support community groups like people living with HIV by funding their projects,” said Mr. Hussein Kato, the Reservations Manager Griffin Falls Camp.

Griffin Falls Camp located in Wasswa village in Lugazi district has a variety of activities to offer to everybody to enjoy for instance zip lining for all the daring people experiencing adrenaline rush at its best between the tallest trees over river Musamya in the forest.

The strategically located site has a zip lining system that runs across five cables, with the last zip line stretching 87meters across the river between two 40 meter trees using American safety standards to ensure the safety of clients.

The camping site is not only blessed with the different plant species like Muvule, Mukembo, Kirundu, Musizi, Ntaseesa among others, but also with a spectacular water fall called river Musamya that a British surveyor called Griffin Falls after himself.

According to Mr. Hussein Kato, “The forest was divided into 180 compartments with Griffin Falls Camp being established on the Kanongola compartment. Other compartments in the jungle include Namusa, Wanenede, Namaganda, Zintegese, Nandage, Wakima etc”

A nature walk with a tour guide through the jungle will lead you to the East part of the forest, following the irresistible sound of river Musamya amidst the towering swaying different tree species and to the dormant rocks.

Due to the many trees the camping site harbour birds, there is bird watching for different bird species like Turacco, Hornbill, Tinka bird, Heron which is done normally done in the morning hours with binoculars and monkey tracking for amazing monkey species like Grey Checked Managabeys, Red Tail Monkeys, Black Face Vervet and a long hike to the sleeping rock.

The good ambiance and generally flat nature of land in the forest makes camping for those who love sleeping in the wilderness comfortable.

HOW TO GET THERE

When one reaches Lugazi which is 44km East of Kampala on the Jinja highway, branch off at Simple supermarket which is on your left coming from Kampala and on your right coming from Jinja. One kilometre down the road, you will find painted rocks pointing to the direction of the camp, through the sugarcane fields. Those without vehicles, get a motorcycle (boda-boda) at approximately 5,000UGX to Wasswa village passed the power lines down the hill.