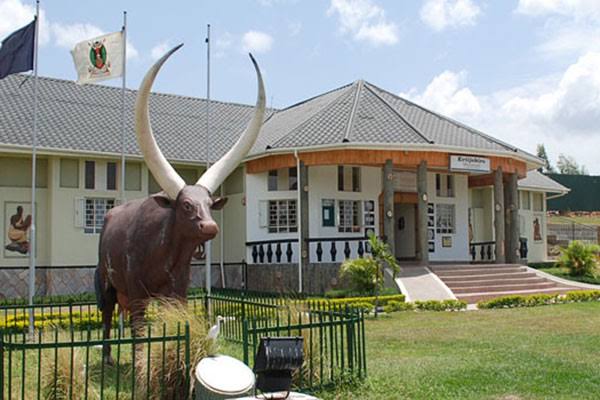 The Igongo cultural center is situated just four kilometers from Sanga gate of Lake Mburo national park in south Western Uganda, the park is the smallest national park in Uganda but also the only park offering horseback riding safaris.BBC

Igongo cultural center is built in African traditional style local food is also available plus mouth watering roasted goat meat many things about ankole culture are show cased here including the dressing, about their long horned cattle, the Mburo gardens also feature sculptures of people and animals of long ago the center is also set on the former palace of s lol Kings.

The hotel check in time is from 9:00 am east African time and check out by 10:00 am in the morning, a national identity card will be required to check in the hotel premises pets are kindly not allowed and the maximum age for children staying​ for free is three years old.