Leopards can be found in a number of national parks in Uganda. They are however very solitary creatures and if you get an opportunity catch sight of one on safari in Uganda, you should count your blessings. They are hard to see, much less photograph. BBC

Where to find the Leopard

They have a preference for wooded or rocky habitats unlike cheetahs and thus can be found in virtually all habitats that offer adequate cover being the most common of Africa’s large felines.

They are present in most Ugandan National Parks and forest reserves but can be seen most regularly along the Chanel track in Queen Elizabeth National Park.

How to identify a Leopard

Leopards are masters of stealth and extremely difficult to trace and locate in the wild. They are light coloured with distinctive dark spots that are called rosettes, because they resemble the shape of a rose.

Black leopards, which appear to be almost solid in colour because their spots are hard to distinguish, are commonly called black panthers.

The leopard is so strong and comfortable in trees that it often hauls its kills into the branches. By dragging the bodies of large animals aloft it hopes to keep them safe from scavengers such as hyenas.

Leopards can also hunt from trees, where their spotted coats allow them to blend with the leaves until they spring with a deadly pounce. These nocturnal predators also stalk antelope, deer, and pigs by stealthy movements in the tall grass. When human settlements are present, leopards often attack dogs and, occasionally, people.

Leopards are strong swimmers and very much at home in the water, where they sometimes eat fish or crabs.
Female leopards can give birth at any time of the year. They usually have two grayish cubs with barely visible spots. The mother hides her cubs and moves them from one safe location to the next until they are old enough to begin playing and learning to hunt. Cubs live with their mothers for about two years—otherwise, leopards are solitary animals.

Leopards are the most successful and cunning among big cats.

The Clouded Leopard has the longest canines amongst cat species.

Pound for pound, leopards are the strongest among big cats.

Leopards are territorial animals and regularly mark and defend their domain against intruders.

Man eating leopards always operate at night since unlike tigers they never lose their fear of man and only enter human territories in the cover of darkness – according to famous hunter turned conservationist Jim Corbett. This makes them very difficult to counteract. 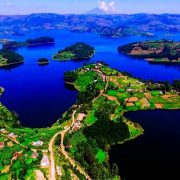