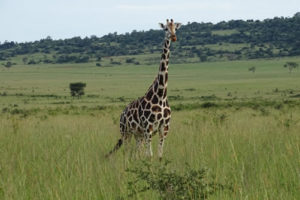 The reserve is part of the Karamoja plateau. It is bounded on the east by the Great Rift escarpment which forms the Uganda/Kenya border in this area and is interrupted in the south by spurs and extensions of higher ground. Vegetation Thorny deciduous thicket

The area has been the traditional pasture during the wet season for herds migrating from southern Karamoja, particularly from the Pian-Upe plains.