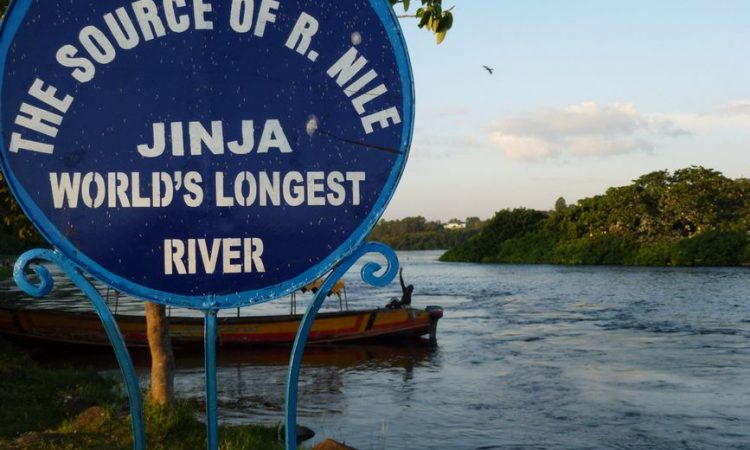 River Nile is one of the longest rivers in the whole of East Africa and also in the whole world and this river carries great memories of the Egyptian known as Moses. The River Nile has got its source in the district of Jinja that is located in Uganda.

Nile river passes through different regions and areas in the whole world & this river is also bordered by different geographical features that improve on the appearance of the Nile.

River Nile has got two major tributaries and these tributaries are well known as the White Nile and the Blue Nile.

The white Nile is also considered to be the headwaters and is a primary stream of the Nile. The white Nile is longer than the blue Nile and also rises in the Great Lake Regions of Central Africa.

The blue Nile begins at lake Tana that is also found in Ethiopia and continuously flows in to Sudan from the direction of south East and the Two rivers only and only meet just north of the Sudanese capital of Khartoum in the northern section.

The river flows north, entirely through the Sudanese desert and continues successfully to Egypt. All this adventure of how and which areas those the rivers pass through all comes to an end at a large delta and then finally flows into the Mediterranean Sea.: BBC

Some of the areas that have turned out to be a living testimony to the effective flow of river Nile in their areas include the great Egyptian civilization, in consideration with the Sudanese kingdom. These have depended on the river since the ancient times and in this, most of the population and cities of Egypt were along those parts of the Nile Valley that is situated in the northern part of Aswan and reaching all the cultural and historical sites of Ancient Egypt that are mostly found along the river banks.

The river has got two tributaries and taking a closer look at one of these tributaries and most especially the blue Nile, we found out that, the blue Nile expedition led by a geologist Pasquale Scature and his company that included his partner known as Kayaker and still accompanied by a documentary filmmaker Gordon Brown, became one of the first people to descend the all entire blue Nile right away from Lake Tana that is greatly located in Ethiopia to the beaches of Alexandria that is found in the Mediterranean sea. There is approximately about 5230 kilometers which can also be expressed as 3250 miles, and this journey took 114 days right away from 25 December in the year of 2003 to 2004 in April 28 and through their expedition it also included others and these were Brown and Scature, and these were the only ones that made it possible to complete the journey.