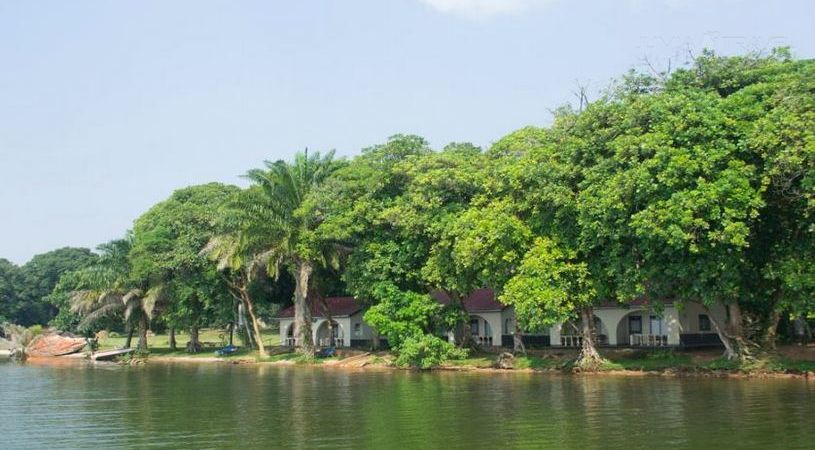 The Ssese Islands in Uganda are a collection of 84 islands in the northwestern part of Lake Victoria. They vary in size with some like Bugala reaching over forty kilometers in length. Only half of the islands are inhabited. The rest are composed of fishing islands and private property. Most of the Ssese Islands are under the administration of  Kalangala District whose headquarters are in Buggala Island. Entebbe Town also controls a few of the Ssese islands. The Islands were named Ssese because in the past some of them were heavily infested with Tsese flies.

Bugala is the largest, most developed and visited island. It has several banks and mushrooming buildings although the roads are still not well developed. Of the 66,000 people living in Kalangala District, about 26,000 live in Bugala Island. Other major islands include Bukasa, Bufumira and Bubeke

All the Ssese islands have beautiful white sand beaches, palm trees, flowers, rare plants, lush forests and blue waters. The Ssese Islands are amazing for photography and offer visitors the perfect atmospheres for relaxation away from the busy life in Kampala city. One could spend the whole day lying at the beach or playing different games with other island revelers. The Ssese Islands are a favorite for honeymooners who love the privacy and romantic atmosphere they offer. Fishing is the main economic activity in the Ssese Islands. Visitors can also pay a visit to one of the fishing villages and watch the fishermen throw their nets from their small canoes or motorboats. Birders will find the island perfect for spotting some rare resident and migratory birds. Everything moves slow in the islands which is a sharp contrast to Kampala and towns like Mpigi and Entebbe. There is no traffic jam to deal with and the nature is just so beautiful.

The inhabitants of the Ssese islands are super friendly and helpful. The main language spoken is Luganda and Lussese. Lussese is a district bantu language but similar to Luganda and Lusoga. It was the original language of the Islands until residents were forced to flee the Island during the Tsese Fly crisis about 100 years ago. By the time everyone came back in the 1980’s, the original Lussese language had almost become extinct.

The residents of the Ssese Islands live modestly valuing relationships and friendships unlike in the urban cities on the mainland. Many are fishermen while others work in the large Palm oil plantations or rare animals like goats, cattle, pigs and chicken. Prostitution is ripe here and the HIV prevalence rate is higher in the islands than anywhere else on the mainland.

It is important to note at this point that the Ssese Islands were relatively ignored for several decades with very few people exploring them until recently. Although the number of local tourists have grown, the number of foreign tourists visiting the island is still surprisingly small for such an amazing destination –  but things are changing.

History and Legends of the Ssese Islands

According to scientists, the Ssese islands where formed about 12,000 years ago when tectonic movements caused an elevation of two arms of the East African rift valley leading to the formation of Lake Victoria and its islands. The Ssese islands are one of the few remaining areas where Buganda’s ancient culture and traditions are still practiced. The local community have their own stories to tell about the history of the Ssese Islands. Legend in the area associates the islands formation with the formation of the Buganda Kingdom. They claim that Kintu (the first Muganda) hailed from these islands. BBC

Another legend has it that the Abassese people lived in the islands for over 500 years. They were not human but incarnations of some ancient spirits because of they were giants with supernatural strength. The Abassese giants believed in a spirit called Mbirimu who would take both animal and human forms. One day the spirit decided to take the body of a woman and gave birth to twins in Buggala Island –  a python and a boy. The python was called Luwala. The human twin built a shrine for his brother (the python) were people from the Island and beyond would come and seek his wise counsel and blessings. The python’s brother was the go-between hence becoming the first traditional doctor (emandwa) in the island.

After the death of the twin countless emandwas have replaced him. Each emandwa is chosen by the spirits and ancestors to devote all their life to Luwala. The current Emandwa is not from the python spirit lineage because the real successor was still too young to take on the role. The python spirit takes over the emandwas body and talks through him. During the various wars between the Buganda and Bunyoro Kingdoms, these emandwas played a great part in the outcomes. One emandwa gave the Baganda a special stick (Damula) that was made from an enchanted tree in Bugala island. The stick is still present to this day and is handed over to every new King of Buganda. Bugala island is therefore referred to as the island of Luwala and thousands visit the emandwa every year in search of blessings, fertility, protection and wealth. The Baganda kings in the past often went to the islands to pay respect to their ancestors and the spirit of the Lake (Mukasa).

Covering an area of over 205 square kilometers, Bugala Island is the largest of all the Ssese Islands. It is also the 10th largest island found in a lake worldwide. Bugala is arguably the most popular and visited island. It is the most developed of the islands and hence the most suitable for receiving tourists. Bugala Island hosts Kalangala town which is the Administrative capital of most of the other islands.  Reaching the island is by ferry which dock at Luku.

Bugala island has got several hills which all offer amazing views of the lake, approaching boats/ferries and human activities within the island. The island has arguably the largest palm oil plantation in Uganda offering employment opportunities to island dwellers. Bugala island is perfect for birdwatching and primates viewing. The most common primate is the Vervet Monkey but there are a few Colobus monkeys, bushbucks and snakes. The southern end of the Island is home to a few hippos.  Bugala Island is a sanctuary to three endemic species – a rat and three types of butterflies.

Because of great human activity and revelers in Bugala island it has become the noisy over the weekend. Those who want a quieter place over the weekend should go to the more remote islands like Bulago, Bukasa and Banda. Bugala is quiet during the weekdays.

Ngamba Island covers an area of about 100 acres. Most of it is rain forest. In 1998, the island was turned into a sanctuary for rescued and orphaned chimps. Ngamba chimpanzee sanctuary draws hundreds of visitors to the island each month to see the chimps or volunteer as care takers. Apart from the chimps, Ngamba island is home to over 119 species of birds and creatures like monitor lizards. Hippos and crocodiles also visit the island occasionally.

The key attraction in Ngamba island are the chimpanzees. Chimpanzees are brought here after being rescued from animal traffickers or when their parents succumb to poaching. On arrival the chimps are often traumatized after the harrowing experiences they went through with the poachers or animal traffickers. To avoid bullying by the adult chimps, the orphans are at first separated and introduced to the rest of the community gradually. Visitors to Ngamba island chimpanzee sanctuary have an opportunity to watch the chimps being fed before they return to the forest. Volunteers can take part in feeding the adults and helping the orphans adapt to life in the island.