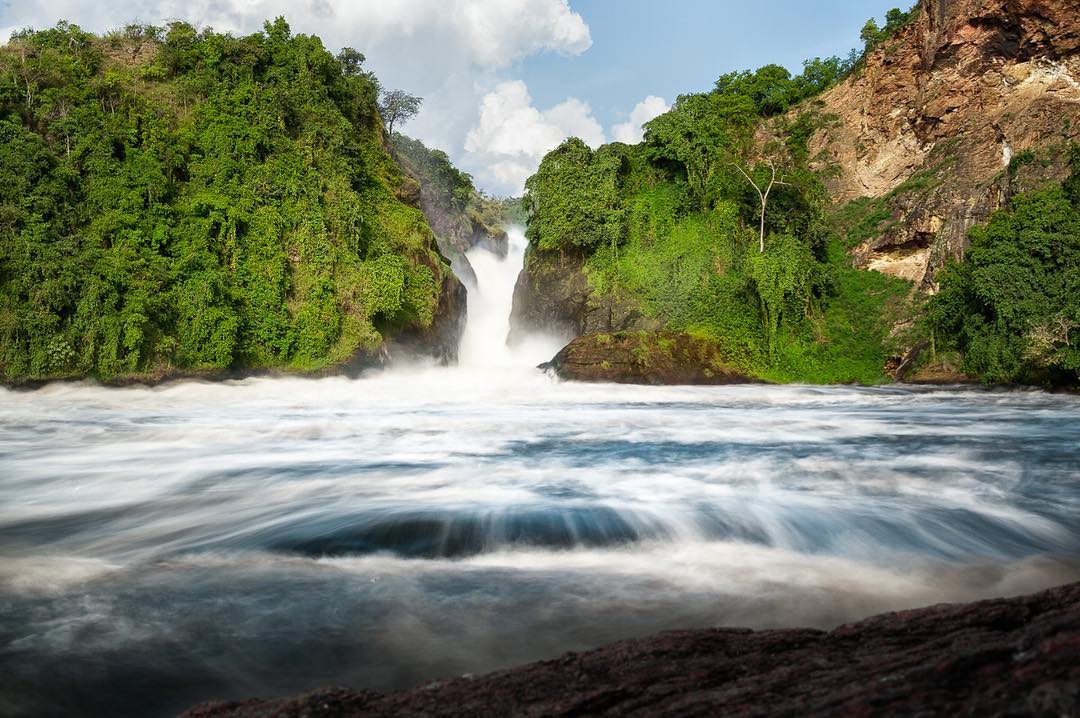 If one is familiar with the subject of Geography, then the formation of landforms through processes like faulting is no news!! These landforms are colorfully distributed across the different continents, of which the earth is composed. In Africa for example, stories about one of the largest fresh water lakes, the longest river in the world and the dignified arms of the rift valley are facts that have continually offered a compelling feeling of adventure to those that come across them. This is attributed to the magnificence, variety of form and color as well as the level of endemism that punctuates many African biodiversity hotspots. One of those ecoregions is the exceptional 920-mile long Albertine Rift valley that outstandingly exhibits a high level of species diversity, a phenomenal that showers concern in the hearts of many conservationists.

Forming part of the western Great Rift Valley, the Albertine Rift region straddles the borders of Uganda, the Democratic Republic of Congo, Rwanda, Burundi, and Tanzania, running from the northern end of Lake Albert to the southern end of Lake Tanganyika. This diversely endowed epithet dates to over millions of years ago and is a result of two tectonic plates that once collided and are now slowly moving apart. The unique variation in elevations so caused has contributed to the diversity of natural habitats that encompass the Great Lakes of Central Africa, ranging from glaciers at the top of the fabled Rwenzori Mountains, down through alpine moorland, wetlands, alpine grasslands, lowland and montane forests to savanna grasslands. The higher elevations support Afromontane and sub-montane forests, grasslands, and on the highest peaks – Afroalpine moorlands. These landscapes support high levels of species richness and endemism. BBC

The Albertine Rift valley therefore shines out brightly with a remarkable composition of naturally occurring features that have seen hot and cold over the years. The ecology of the region ranges from mountains, down to valleys, rivers and lakes to forests and vegetation cover. Transitional forests, intermediate between lowland and montane forest occur at elevations from around 1,000 metres (3,300 ft) to 1,750 metres (5,740 ft). Montane forest covers the slopes from around 1,600 metres (5,200 ft) to 3,500 metres (11,500 ft). Above 2,400 metres (7,900 ft) there are areas of bamboo and elfin forest. Heather and grasses predominate above 3,500 metres (11,500 ft).

Topography of the Albertine rift valley.

The topography of the Albertine Rift valley is a wonder that is generally characterized by mountains and escarpments, and their associated valleys and flanks.  From the north to the south, several uplands and mountainous ranges exist. These include; the Lendu Plateau, Rwenzori Mountains, Virunga Mountains and Itombwe Mountains. The Rwenzori mountains have been labelled “the mountains of the moon” and happen to posses snow at the top. This range covers an area of 120 kilometres (75 mi) long and 65 kilometres (40 mi) wide. This range includes Mount Stanley at 5,119 metres (16,795 ft), Mount Speke at 4,890 metres (16,040 ft) and Mount Baker at 4,843 metres (15,889 ft). Mount Stanley in the Rwenzori range thus ranks the tallest mountain in the Albertine Rift  and the third tallest in Africa. The Virunga Massif along the border between Rwanda and the DRC consists of eight volcanoes, two of which, Nyamuragira and Nyiragongo, are still highly active. Isolated mountain blocks further to the south include Mount Bururi in southern Burundi, the Kungwe-Mahale Mountains in western Tanzania, and Mount Kabobo and the Marungu Mountains in the DRC on the shores of Lake Tanganyika. Most of the massifs rise to between 2,000 metres (6,600 ft) and 3,500 metres (11,500 ft

The northern part of the rift is crossed by two large mountain ranges, the Rwenzori Mountains between Lake Albert and Lake Rutanzige (formerly Lake Edward) and the Virunga Mountains between Lake Rutanzige and Lake Kivu. The Virungas form a barrier between the Nile Basin to the north and east and the Congo Basin to the west and south. Lake Rutanzige is fed by several large rivers, the Rutshuru River being one, and drains to the north through the Semliki River into Lake Albert. The Victoria Nile flows from Lake Victoria into the northern end of Lake Albert and exits as the White Nile from a point slightly to the west, flowing north to the Mediterranean. South of the Virunga, Lake Kivu drains to the south into Lake Tanganyika through the Ruzizi River and Lake Tanganyika then drains into the Congo River via the Lukuga River.

Biodiversity of the Albertine rift valley.

If diversity was synonymous with richness, then the Albertine rift would among the richest of the regions.

The Albertine Rift or Africa’s Western Rift Valley is one of the most biodiverse regions of the African continent and an important one for global conservation. With more than half of Africa’s birds, 40% of Africa’s mammals and about 20% of its amphibians and plants, it contains more vertebrate species than anywhere else on the continent. It also conserves more threatened and endemic species than any other region of Africa, and as a result is a Biodiversity Hotspot, a Global 200 Ecoregion and an Endemic Bird Area. Conservation international also listed the Albertine Rift as one of the world’s most endangered spaces, based on levels of species endemism and rates of habitat destruction. Human population density in the Albertine Rift is also high with over 1000 people per square kilometer in some areas of the Rift. The Rift has also been a region of great conflict over the past 40 years with civil wars in Uganda, Rwanda, Burundi and the Democratic Republic of Congo (DRC) leaving out Tanzania as the only survival of the conflict.

This juxtaposition of high human population density, high levels of poverty, conflict and high biodiversity means that there are many challenges for conservation in the region. In addition to the Albertine rift valley, experience, you can also have a Queen Elizabeth National park safari.