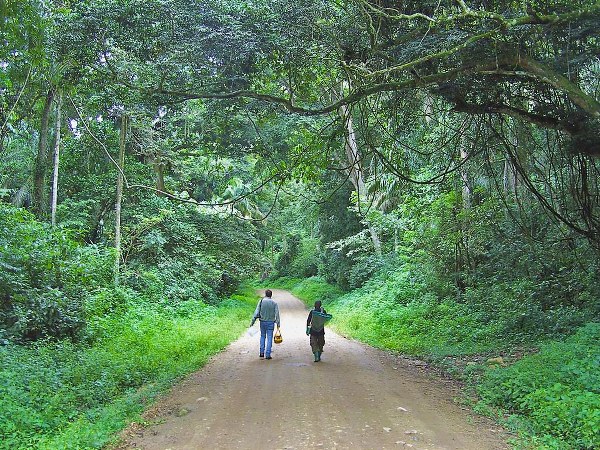 Uganda Kob Facts. The symbol of abundant wildlife in Uganda

The Uganda kob is a subspecies of the kob antelope found in Sub-Saharan Africa. It is found in South Sudan, Uganda and the Democratic Republic of Congo. It is scientifically known as the ‘Kobus kob thomasi’.

In Uganda, the kob appears on the Coat of Arms alongside the grey crowned crane as a symbol of ample wildlife that the country preserves. BBC

Uganda is well known for authentic wildlife safaris with lots of animals that can be seen in their natural habitat. One of the many animals you will see so much of is the Uganda Kob. The true representation of Uganda’s abundant wildlife.

In this article, we shall look at some interesting facts about the Uganda kob. Knowing such facts makes seeing these animals on a Ugandan safari even more captivating.

The Kob holds a close resemblance to the Impala only that it is more strongly built. The males stand up to 90 to 100cm (3 to 3.4 feet) and could weigh around 95 kilograms while the females are smaller and lighter about 82 to 92cm (2.7 to 3 feet) and 63 kilograms.

The male Uganda Kob also has two back falling curved horns on both sides of the head.

The Uganda Kob is reddish-brown with a white patch on the throat, inner ears and black front at the forelegs. The belly and inside of the legs are white as well. This reddish-brown colour distinctively differentiates them from other Kob species and definitely makes it stand out in the wild. Watching them all feed together in a herd a quite the beautiful sight.

These include grasslands, savanna woodlands and floodplains close to permanent sources of water. That is why on your trip to Uganda, you find huge numbers of the kobs in Queen Elizabeth National Park and Murchison Falls National Park.

These parks are characterized by vegetation fit for the survival of the Ugandan Kobs with endless savannah woodlands and are both close to huge water bodies. They avoid wetlands or areas covered by dense trees. This helps them spot any danger in terms of predators like lions and leopards.

The breeding places of the kob are called ‘leks’ and this is usually conveniently located at a highly elevated area close to the water. The lek can cover an area of about 20 to 100 yards and only used for breeding purpose. Males hold territories on the portions of the ‘lek’ and maintain them.

The kob can breed all year long. Females will come directly to these areas when in heat to find males for mating.

The gestation period of the Kob lasts between 8 and 9 months before one calf is born. The calf is breastfed for 7 months before weaning and start permanently feeding on the tender green grasses with the rest of the kobs.

The males and females start breeding at 1 year old, however, it might take longer for a male to hold territory on the lek.

The Uganda kob can live up to 17 years of age.

Kobs live in groups of either males or females and calves ranging from 4 to 50 animals. When moving in search of water, the females are in lead followed by young ones (learn from mothers) and males follow in line.

Females are known for being more social and move a lot more than the territorial males. The males will set up territories in the best habitats available comprised on females and their calves.

The males that are less territorial live in bachelor herds.

The male kobs are territorial and keep dominance over specific areas but this can be undone by other males through ritual fighting by clashing and twisting each other’s horns. If he loses, he is forced out to join the bachelor herds until he regains strength to try take back his territory. Holders of territories are constantly being challenged by strong new younger male kobs.

Unlike other types of antelopes, the males use a softer ‘human’ approach towards ‘courting females.’ The male will not force the female to become part of his herd during and after mating, rather he ‘convinces’ her to stay by making soft noises and whistling through the nostrils. This sound resounds across the entire breeding area (lek).

The Uganda kob is a herbivorous animal. This means that it feeds mainly on short tender grasses and reeds. They are known for forming small herds of varying sizes depending on the availability of food in the area.

Most of the feeding takes place in close proximity to a water source.

The numbers of the Uganda kobs in Uganda is currently unknown but the IUCN has rated it among the ‘Least Concern’ animal species. This means that they are not threatened or nearing extinction.

There is still a good number of ‘Kobus kob thomasi’ in Uganda and DRC. It is however believed that the numbers are decreasing slightly. This is suspected to be because of the fact that the habitat protected areas aren’t increasing in size.