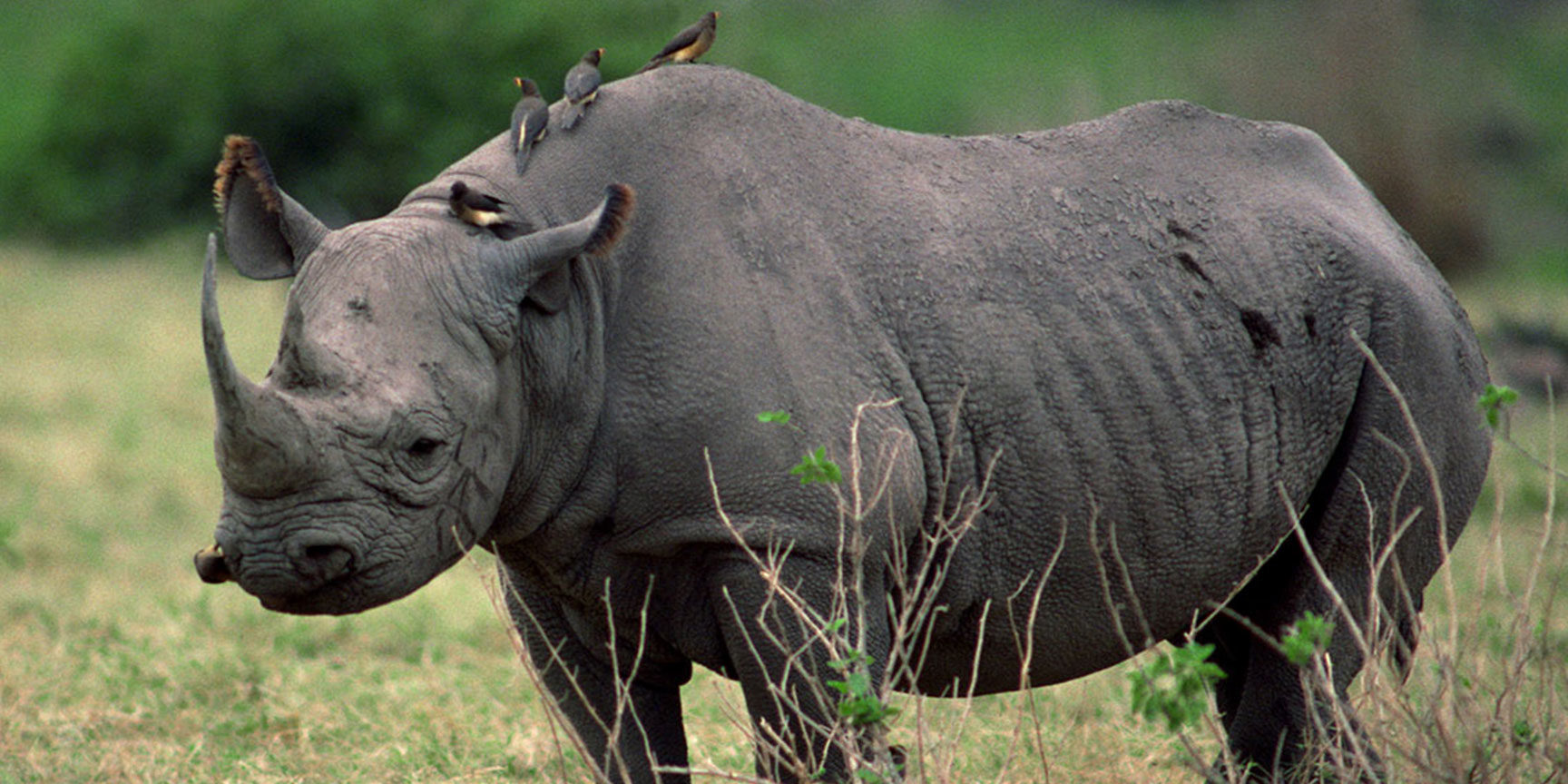 Jabali is the sixth born of Bella and the latest baby here at Ziwa Rhino Sanctuary, run by Rhino Fund Uganda, a non-profit conservation agency charged with repopulating the country with wild rhinos.

Meters away from Jabali and Bella, just like the other 30 individuals on the sanctuary, are rangers who do not only protect the animals against poachers but also monitor their behavior and share the information with researchers. The rangers monitor from a distance in a bid not to influence the rhino behavior. They provide 24-hour tight security.

Uganda used to have a big number of rhinos especially the northern white rhino specie. All these got extinct during the civil wars the country had in the 1970s and early 1980s. Poachers pounced on the animals to get their horns as government was busy fighting civil unrest. By 1983, rhinos were declared extinct in Uganda.

“During that time Uganda had a lot of civil unrest that the government did not have enough time to cater for the wildlife and poachers took advantage where they drove rhinos to extinction,” Raymond Opio, head guide at Ziwa Rhino Sanctuary told Xinhua in a recent interview.

“Rhinos were only poached because of the horns. The horns were taken to Asia for different uses,” Opio added.

The birth of Ziwa Rhino Sanctuary in 2005 and the re-introduction of the rhinos by Rhino Fund Uganda was good news to the country and conservationists globally.

The sanctuary, which measures 70 square kilometers of savannah and woodlands, is also home to other wildlife like antelopes and the rare shoebill bird.

The first individuals on the sanctuary were four rhinos from neighboring Kenya and two from Disney Animal Kingdom in the United States. They were translocated in 2005 and 2006. These were the southern white rhino specie.

Bella was the first rhino to give birth on the sanctuary in March 2008. Unfortunately the birth was still. A year later, a male calf was born, making history by being the first rhino born in Uganda in approximately 30 years. The calf was named Obama, just like the former U.S. president whose father was from Kenya and mother American.

Since Obama’s birth, the rhino population at the sanctuary has been growing steadily. There are currently 32 rhinos on the sanctuary.

“The increase in the number is as a result of enough security given to the rhinos. Up to today, we have not got any attempt of poachers, we have not lost any rhinos to poachers because of the intense security that has been given to the animals,” said Opio.

The sanctuary is increasingly becoming a popular tourist destination for travelers yearn to see the second biggest mammal on earth after the elephant.

According to Uganda Wildlife Authority, a state-run conservation agency, there are ongoing studies about the translocation of the rhinos to national parks where there is more space. Ziwa is about to reach the maximum carrying capacity.

Prior to the extinction, rhinos were at Murchison Falls National Park neighboring the sanctuary and Kidepo Valley National Park in the northeastern part of the country.

The reintroduction of rhinos into the parks will make Uganda home to the big five game, which offer travelers with wildlife experiences. The other four include elephants, lions, hippos and buffalos.