10 Reasons Why You Should Visit Uganda

Home » Safari Posts » 10 Reasons Why You Should Visit Uganda There are so many reasons one should explore Uganda. Sir Winston Churchill was so much in awe of the country he called it the “pearl of Africa.” Read on to find out why you should visit this unique fairy tale country.

You can enjoy the African Sun all year round

Uganda’s sun blazes all year round. Having said that, Uganda’s weather still amazes even the Ugandans themselves, as it can pour and shine within 10 minutes.

You will receive a warm welcome

Ugandans’ smiles are as warm as their sun. It’s been said over and over again that Ugandans are the friendliest people in the region. They are welcoming and curious about their visitors and where they come from, and a Ugandan will go out of their way to make anyone feel welcome.

Your money will go further

In an age where everything seems to cost an arm and leg, most travelers are seeking high style at a low budget, which makes Uganda the best destination in the region for its affordability. The cost of living in Uganda is lower than that of its neighbors, which gives travelers more purchasing power to indulge in all that Uganda has to offer.

Explore the country’s gift of nature

Uganda is a natural beauty, with an abundance of gifts bestowed to her: the snowcapped Rwenzori mountains, named one of the best hikes in the world by the National Geographic; Mountain Elgon, with the largest volcanic caldera in the world; and Africa’s largest lake, Lake Victoria; the mighty River Nile, the second-longest river in the world, whose largest source is in Lake Victoria.

You will enjoy the cultural diversity

Uganda is made up of a number of ethnic groups from the central and south, east, west, and north, each with its own language, distinctive customs and norms. There are over 50 languages are spoken in Uganda. It’s this cultural diversity that offers curious travelers an authentic and enjoyable experience.

Uganda’s food is as rich as its culture, because each tribe has its own staple food. A proper Ugandan meal is a celebration in itself, and some meals are prepared as early as the day before, to be served at lunch the following day. Then there is the street food, the most notable being the rolex. While a Rolex is a timepiece in most countries, in Uganda it’s a popular street food that can be eaten any time of the day. It’s an omelette that is rolled with a chapatti and some onions and tomatoes; bonus points if the tomatoes are raw and if you eat it by the stall.

Get your adrenaline high

Jinja is known as East Africa’s adrenaline capital. It is home to the source of the mighty River Nile and is also a bucket list destination for those seeking adrenaline kicks through white-water rafting and kayaking. Jinja offers what are arguably the best rapids in Africa. If water isn’t your thing, you can get your dose of adrenaline by bungee jumping instead. There is also quad biking and horse riding through the villages along the Nile. 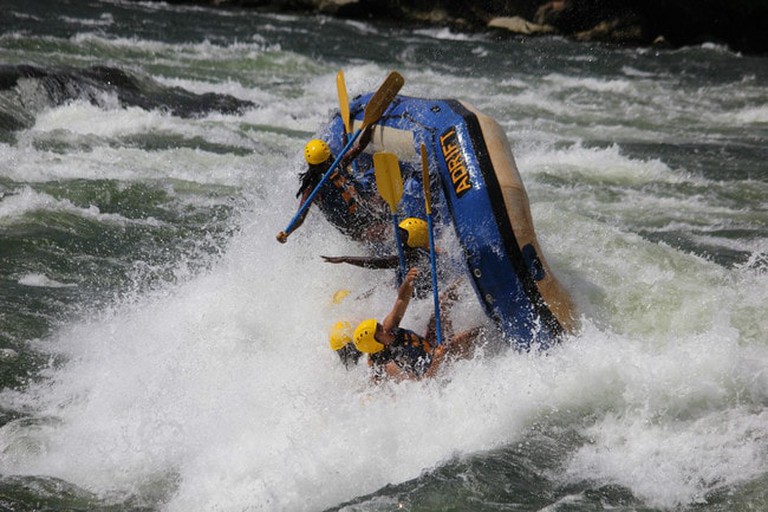 You’ll be blown away by the unique wildlife

Although Uganda is home to the Big Five (lion, leopard, rhino, buffalo, and elephant) it also boasts unique wildlife such as tree-climbing lions and the Nile crocodile. Uganda is a must on any birder’s bucket list, with over 1,000 bird species, including some of the very rarest, such as the shoebill, the great blue turaco, Shelley’s crimsonwing, and many more. Indeed, Uganda’s wetlands and savannah are great habitats for some of the world’s most spectacular birds and wildlife.

Uganda is lucky to be the home of the famous endangered mountain gorillas, and it has the highest population of mountain gorillas in the world. They can’t be found anywhere else on earth but in the Virunga Massif that is shared by Uganda, Rwanda, and the Democratic Republic of Congo. These gentle giants can be found in two of Uganda’s national parks: Mgahinga National Park and Bwindi Impenetrable Forest National Park.

Here’s a reason to spend the your holiday in Uganda, and in Jinja to be exact. Nyege Nyege means an irresistible urge to dance, and the Nyege Nyege International Music Festival has been dubbed Uganda’s Burning Man festival. It showcases underground musical acts from all over Africa, as well as celebrating the diversity of East African food, and attracts revelers from as far as North America and Southeast Asia. The festival is a three-day nonstop music celebration with four stages by the shores of the River Nile; most revelers opt to camp at the site for maximum enjoyment.