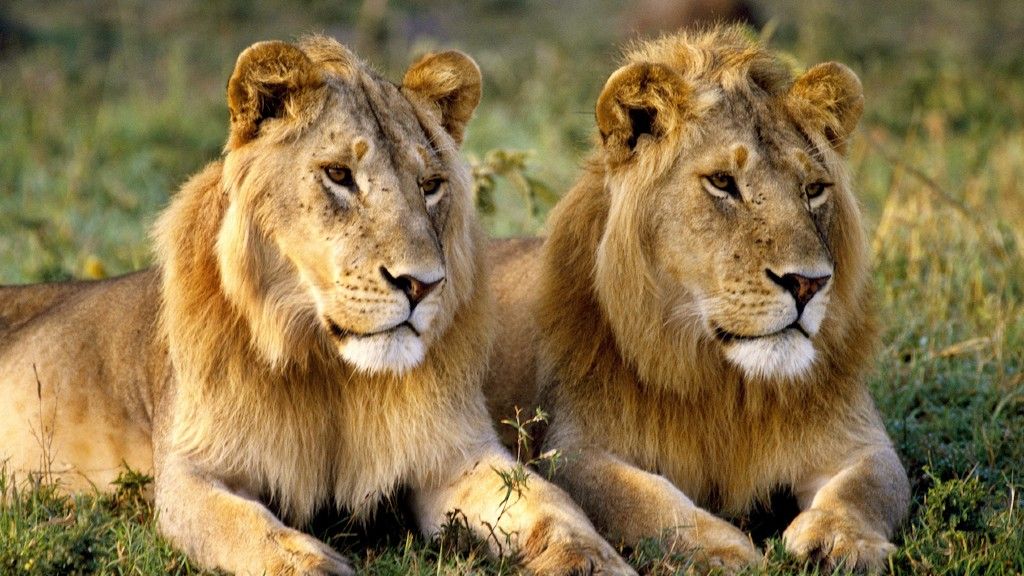 The largest and most imposing African carnivore, and the most sought after animal on Africa safari, the lion, is the most sociable of the large cats, living in loosely structured prides of typically five to 15 animals. Lions have special cultural  significance in most countries on the continent. In Uganda, they enjoy a reputation as ‘king of the beasts’ and are popular symbols of royalty, strength and bravery. BBC

Lions live in a ‘fission-fusion’ society which is a fairly rare social system similar to chimpanzees. Individuals have different home ranges that overlap so that they regularly meet and come together. Males are thrown out of the group at the age of 3-4 years by the dominant male(s) and will try to take over a pride when they get to 7-10 years old. Males usually hole a pride for 2-3 years only before being ousted by another male or coalition of males. Females generally stay in the same area as their mothers, occasionally moving to an adjacent pride when subadult, and rear a litter of cubs every two years. The highest mortality of lions is in the cubs with often whole litters being killed by other predators or buffalos.

In Uganda lions are mainly found in the three largest savanna parks:Murchison Falls National Park (MFNP),  Kidepo Valley National Park(KVNP) and Queen Elizabeth National Park (QENP). In QENP, the Ishasha lions are known for their unique behavior of climbing trees and have been branded the “Ishasha tree-climbing lions” by tourists.

African lions usually hunt at night, and their favored prey consists of buffalo and medium-to-large antelope such as Uganda Kob. Females, working in teams of up to eight animals, are responsible for most hunts.

Rivalry between male lions is intense: prides may have more than one dominant male working in collaboration to prevent a takeover. Young males are forced out of their home pride at about three years of age. Pride takeovers are often fought to the death; after a successful one, it is not unusual for all the male cubs to be killed.

Lions are not very active by day: they are most often seen lying in the shade looking the picture of regal indolence. They occur naturally in most woodland and grassland habitats, and are now fairly common in certain parts of Murchison Falls and Queen Elizabeth national parks. A healthy lion population survives in Kidepo National Park, but they are no longer present in Lake Mburo.