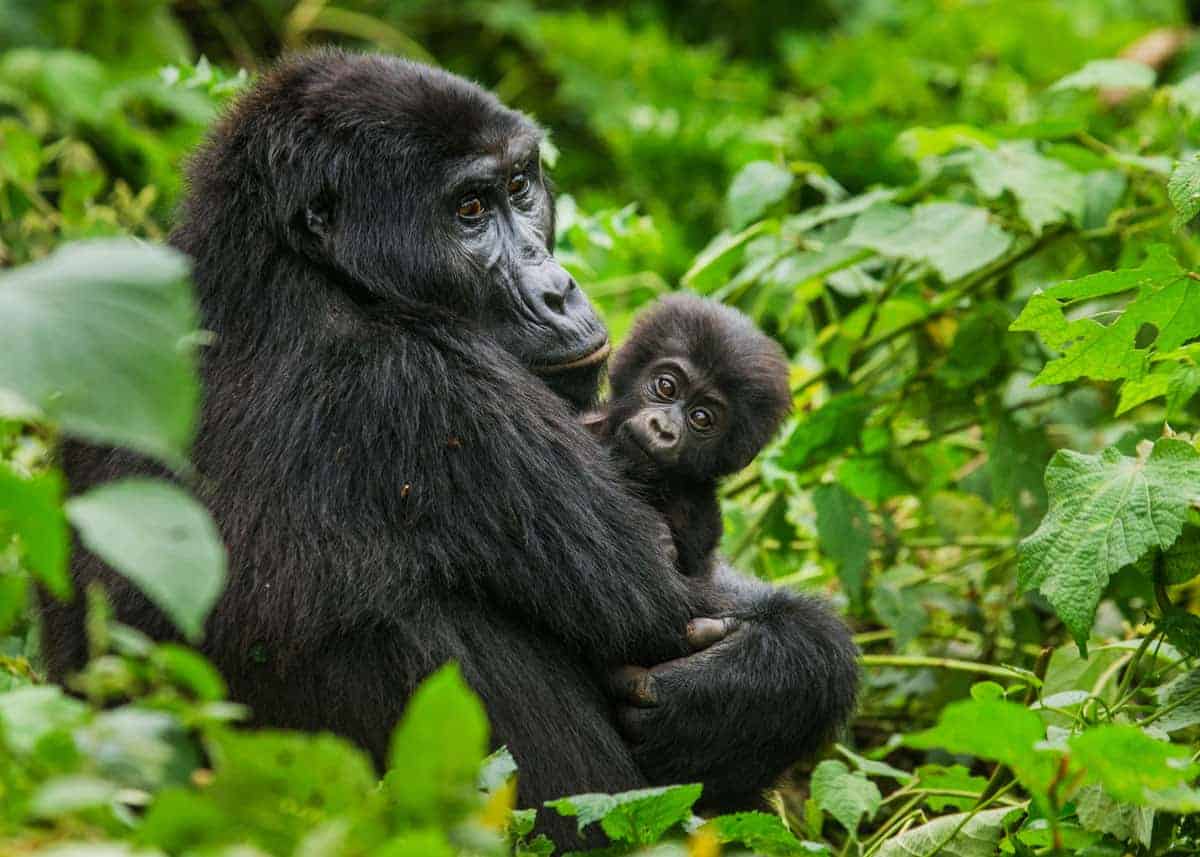 Gorilla safaris are the most sought after tourist activities because of the unique experience it offers. Gorillas are endangered primate species that share 98% DNA with humans, making them the closest cousins of Human beings. The gorillas can only be found in three countries; Uganda, Rwanda, and the Democratic Republic of Congo.

Gorilla safaris also extend to Kahuzi Biega in Eastern Democratic republic of Congo where there is lowland gorillas, another gorilla specie different from mountain gorillas which live in the montane areas.

Gorilla trekking in Africa is a very beautiful and emotional activity that is worth including to your bucket list adventure tours you must do before you die. Gorilla trekking in Africa can only be done in Uganda’s Bwindi impenetrable forest national park, Volcanoes national park in Rwanda and Virunga mountains in DRC for mountain gorilla safaris whereas African lowland gorillas can be viewed in the Eastern Democratic Republic of Congo.

We have included several sample tour packages for travelers looking for gorilla safaris in Uganda. These trips will give you an idea of creating your holiday in Uganda.