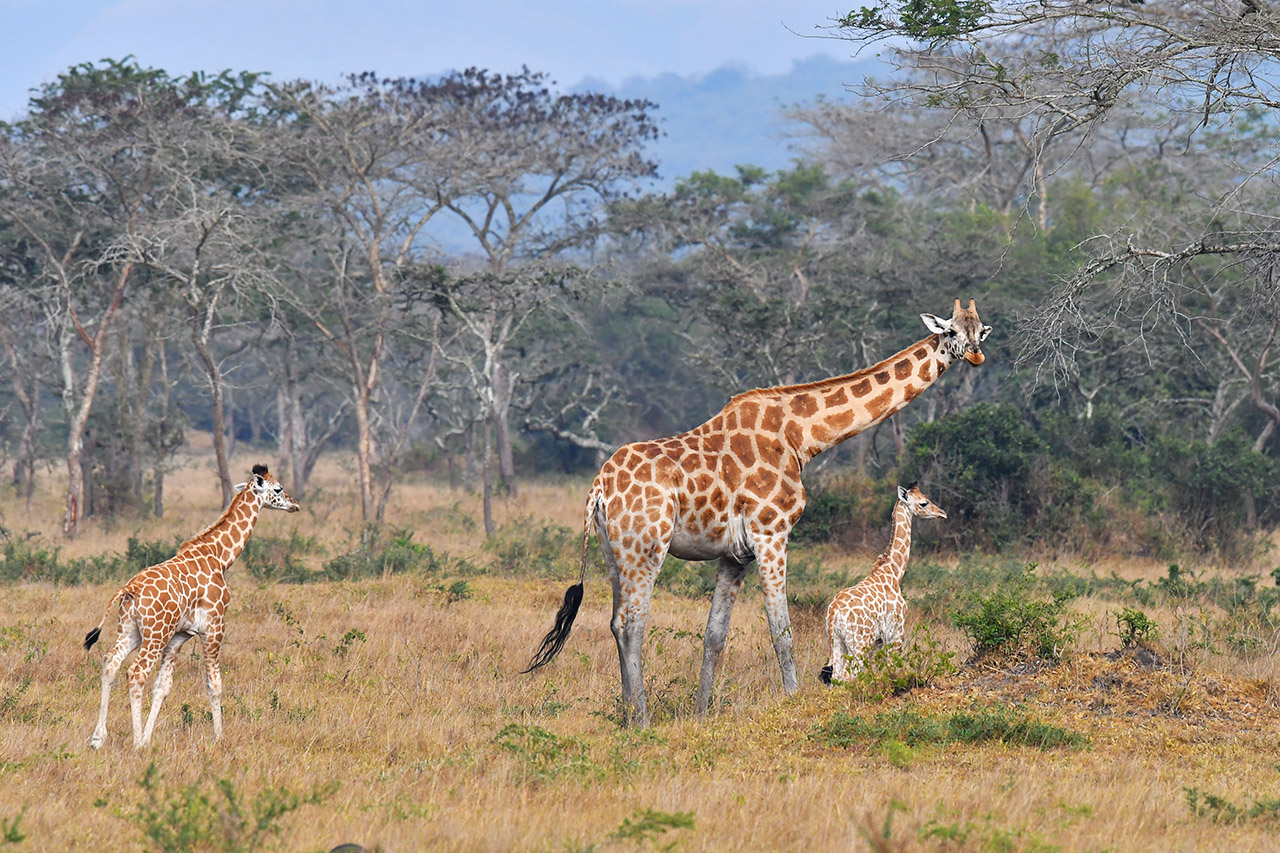 Uganda hosts the only natural remaining population of close to 1,000 of the 2,500 Rothschild’s giraffes in the world. The rest are in small populations reintroduced in parks in Kidepo Valley and Lake Mburo and in conservancies in Kenya.

In this post, you’ll learn all about the Rothschild’s giraffe. Facts include range, habitat, diet, height, threats, taxonomy, and much more. Plus lots of photos and videos. Let’s get started!

The Rothschild’s giraffe, also known as the Baringo giraffe, is one of the most famous types of giraffes. Its population is so low that it is can be difficult to see them in the wild. The Rothschild’s giraffe is often referred to as the watchtower of the Serengeti, due to its height. Because it is so tall, it can see predators from a great distance, giving it the opportunity to warn not only its herd but other animals as well. BBC

When traveling to Africa, you may want to familiarize yourself with some interesting giraffe facts. Knowing a little about these majestic creatures can make your time there more exciting.

1. Why is it Called a Rothschild’s Giraffe?

his giraffe is known as the Rothschild’s giraffe in honor of Walter Rothschild. Mr. Rothschild founded the Tring Library and was a noted zoologist. He had many species named after him, including over 150 types of insects, 58 species of birds, and 17 mammals.