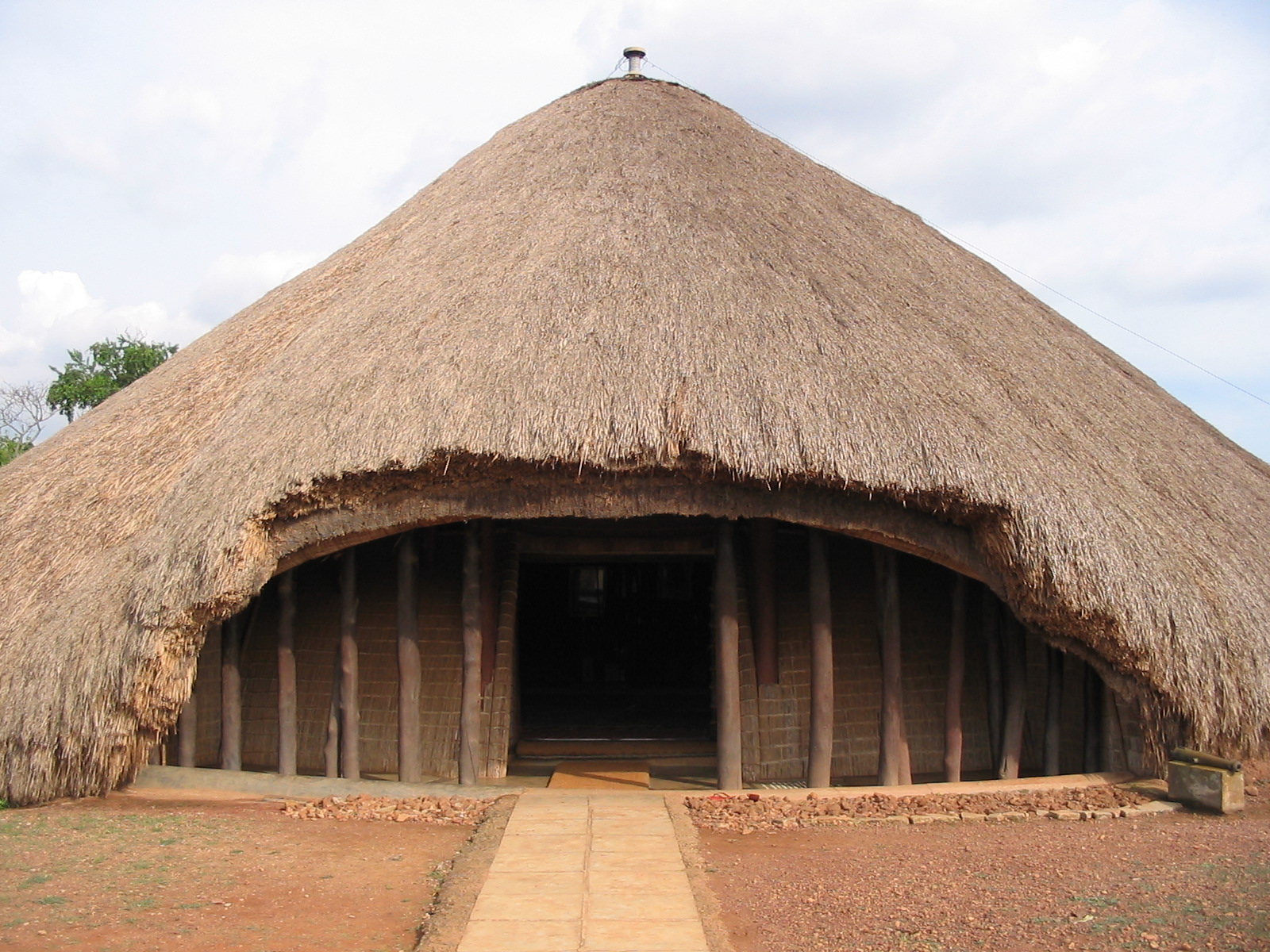 Tombs of Buganda Kings at Kasubi

The Kasubi tombs are a UNESCO World Heritage Site that was built in 1882 as a palace for Kabaka Muteesa 1. Two years after construction as a palace, this king died and he was buried there hence converting the site into a burial place for kings and royal family members of Buganda. About 4 kings/Kabakas have been buried here. It is a symbol for history and culture of Uganda and east Africa at large. BBC

This site is a very important spiritual site for the Baganda. It’s where traditional and cultural practices have been kept and this is the most active spiritual place in Buganda because it’s where the major rituals of the kingdom are regularly done. Its therefore a recommended place to visit while doing a Kampala city tour or Uganda Gorilla trekking Safari.

In March 2010, the main building of these grass thatched tombs was destroyed by fire which they didn’t confirm the cause and it was recorded as one of the World Heritage Sites in danger but was reconstructed and is now still being visited by many tourists. The tombs were rebuilt using similar natural elements.

Kasubi tombs occupy an area of about 27 hectares on Kasubi hill in Kampala. From the city centre, it is about 6km to the gate that lets you inside. Buganda Kingdom was founded in the 13th Century and the Kasubi tombs are one of the 31 royal tombs in Buganda Kingdom. Buganda kingdom is also one of the diverse cultures in Uganda that have preserved their cultural values and practices.

According to the tradition of Buganda, the body of the Kabaka was buried in a certain place and then the jawbones also buried in a separate shrine believing that the jawbones contain the soul of the deceased.

Kasubi tombs contain the remains of the following Kabakas;

The main building also known as “Muzibu Azaala Mpanga” is circular and is overtopped by a dome. This reflects architectural achievement after using plant materials including spear grass, reeds, wooden poles and wattle. This is a stunning site which has attracted many not only to learn about the history and culture of Baganda but also to watch these architectural beautiful tombs. The tombs are one of the very few representations of the African culture which show that tradition still exists.

Descendants of the four kings are not laid on the same site. A ceremonial site was established in 1882 on Kasubi hill and on Ssekabaka’s tombs. The ceremonial area is located northwest of Kasubi tombs near Bujjabukula gatehouse where you pass to go to a court yard and the drum house known as Ndoga Obukaba. This is where the royal drums of the kingdom are kept.

The boundaries of Kasubi tombs are marked by traditional bark cloth tree which have kept the area free from land encroachment and city developments.

The tombs are maintained and renovated using grass for the roofs, which rests on structural rings of palm tree fronds, the materials inside and the finishing materials such as the wooden poles, reeds, wattle have all been maintained.

Kasubi tombs are found in a forest located in the main building. The forest is known as Kibira and it is also fenced with bark cloth. When entering this tomb, you will leave your shoes outside and sit on the mats on the floor.

Other houses at Kasubi tombs include the wives’ houses, the widows’ houses. The widows are the ones who take care of the graves of the kings.

When you visit this place, you’ll be able to see the houses that were rebuilt with matals and bricks and those are the home to the royal family members including the spiritual guardian known as Nalinya and the administrative assistant entitled Katikiro.

Kasubi tombs is managed by Buganda Kingdom and it has been further protected by different Tourism Policies. It has an approved GMP (2009-2015).

Visiting Kasubi tombs is one of the ways to learn about African tradition and you can consider going to this place after your Uganda safari to remote areas to national parks, just before going back home.