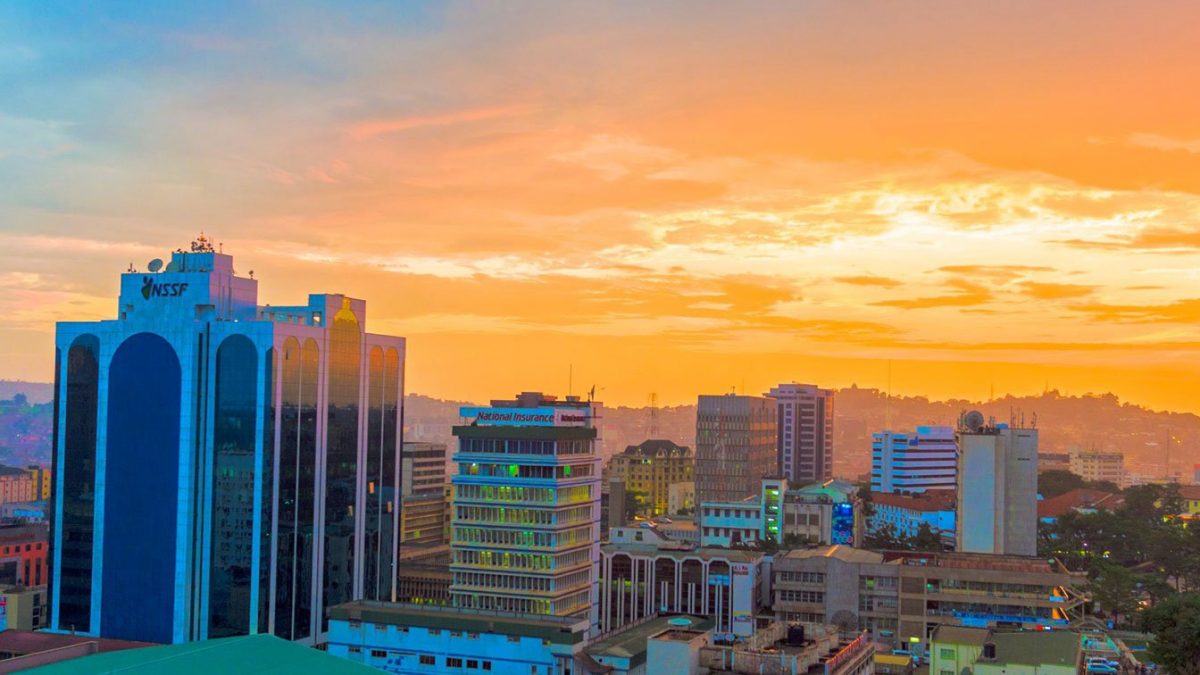 The people of Kampala, and Ugandans in general, are very kind and friendly and are very approachable.

Kampala, with a population of approximately 2.5 million, is by far the largest city in Uganda. It is not yet completely overwhelmed with traffic and sprawl like Nairobi and Lagos. Additionally, Kampala is very safe to walk around, even at night, a welcome fact for many a high-strung visitor arriving from Nairobi.

Uganda, as the recipient of massive amounts of Western aid money, hosts large numbers of Non Governmental Organizations (NGOs). Most of those NGOs are based in Kampala, so there is an established expat scene in the city.’ BBC

When coming to Kampala by air, you will arrive in the city of Entebbe, 35 km southwest of Kampala.Entebbe Airport

Typically, you will be required to pay USD $50 for the entry visa, so have the money ready in cash (USD or UBX, although EUR and GBP are also accepted) to pay at passport control. They do not accept credit cards. Check whether a visa is required before arrival for your specific nationality. As of September, 2019, visas on arrival are still available for most nationalities, but you might need to explain why you did not apply online. Normally you will need to show an international vaccination certificate for yellow fever. However, the rule is not applied strictly.

Buses, including overnight options, travel from Nairobi to Kampala (13 h). Companies include Mash Poa and Modern Coast, and cost from 2,400 Kenyan shillings upwards.

The fastest method is by boda boda, the motorcycles seen all over the city. You won’t be in Kampala long before being propositioned by a boda driver. If you’re not interested, a simple ‘no’ will get them to leave you alone. Boda bodas are dangerous as their drivers will do whatever it takes to get you to your destination quickly. Expect to dart in front of and against traffic and even through crowds of pedestrians when necessary. Boda boda accidents account for most of the hospital visits and traffic fatalities in Kampala, so ride with caution. Boda bodas typically charge UGX 3,000 to 5,000 for trips within Kampala (as of September, 2019). It is almost impossible to get anywhere for under 2000 UGX, and longer trips may run you up to UGX 7,000. It is important to make sure to agree on the fare before the ride begins. For a safer ride, book a driver through Uber or the SafeBoda app, or look for drivers wearing an orange Safe Boda vest; these drivers are professionally trained and offer helmets for their passengers. Uber rates are significantly cheaper than street hires, with fares ranging from 1,500 to 3,500 UGX around town.Boda BodasBoda bodas got their name from the bicycle taxis that operated at some of the busy border crossing points. Buses had to discharge their passengers at the exit border control, who then had to walk to the entry border control. The distance across no man’s land at some borders can be considerable. Hence the bicycle taxis would cry “boda boda” (“border to border”) to the weary travellers. These bicycle taxis can still be found in most smaller Ugandan towns, however, in Kampala they have been replaced by motorcycles.

Matatus are a series of minibuses that follow relatively preset routes all over the city and many other parts of the country. Confusingly, they are known as taxis in Uganda. Each matatu has a driver and a conductor, both of whom will shout the destinations of their vehicle out the windows. Don’t be frightened if you can’t understand what they’re saying. Ask one of them for your destination and you’ll be told yes or no. When you get in, expect to be squeezed. Each vehicle is licensed to carry 14 people. Sometimes it may be more than 14 passengers but increasingly rare due to increased presence of traffic police o the roads. If you don’t like this it’s a good idea to sit in the back of the vehicle, since usually the squeezing is limited to the first 2 rows. When you reach your destination, tell your conductor “Stage” and they will stop the van. There are also a number of staging points where the driver will stop and wait until they can fill the vehicle. This can take a few seconds or several minutes; just be patient. You pay the conductor when you exit, although some people give the conductor money while the vehicle is moving so that he can make change ahead of time. The normal fare is 2000-4000 USh per person when driving into the city (correct at July 2021).

If you aren’t up for the thrill of the bodas and don’t have time for a matatu, taxis, also called special hires, are readily available at most central locations. A few taxis have meters, but most do not. Be sure to agree on the fare before you get in the car, and don’t be afraid to haggle. Most destinations can be reached for 15,000 or 20,000 USh.