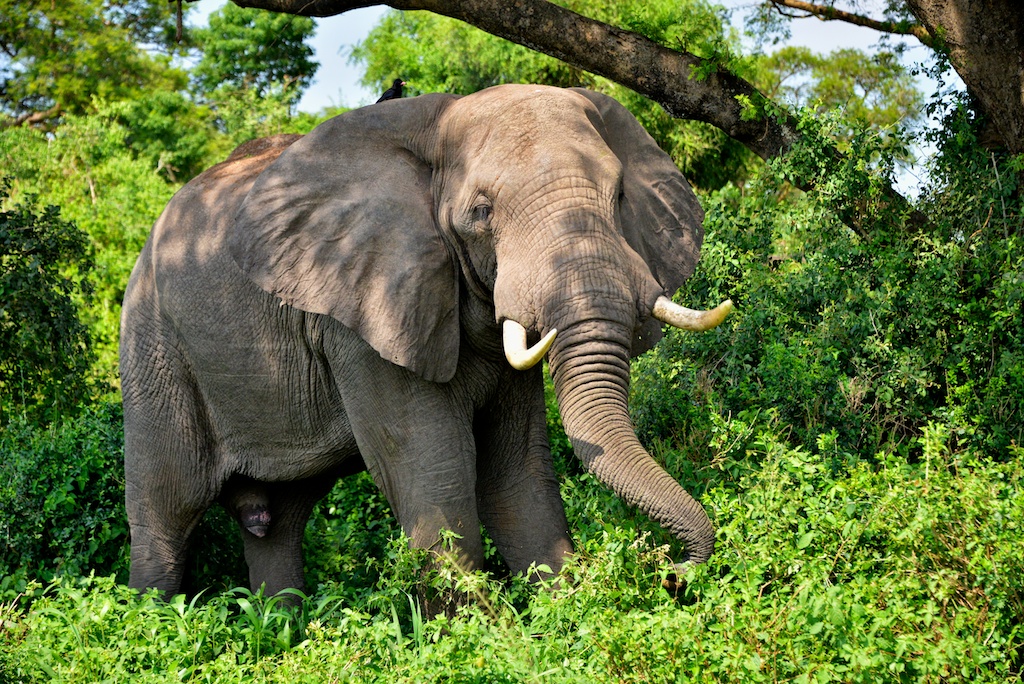 The elephant is the largest terrestrial mammal on earth. Elephants exhibit complex intelligence, social behaviour, and play a key role in the wild ecosystems. Despite their important roles in maintaining ecological balances and the flow of tourism income to the range states, the African elephant remains one of the top most species faced with a high risk of extinction. BBC

Globally, the elephant is classified as vulnerable by the IUCN . As a result of the high levels of commercial poaching largely attributed to illegal trade in ivory and its products, the elephant population is facing substantial pressure. This is exacerbated by habitat degradation and loss mainly due to land-use changes driven by an increased human population in the region. In Uganda, the 1970s and early 1980s were devastating times for the African elephant, instigated by lawlessness that resulted in heavy commercial poaching mostly for meat and ivory. Consequently, the elephant population declined from an estimated 30,000 individuals in the 1960s to about 2,000 individuals in the 1980s (Lamprey et al. 2003).

Elephants are vital to the web of life in Africa. As a keystone species in habitat modification, elephants play important roles in providing balanced conditions for all the other species to survive within their ecosystem, opening up forest habitats to create firebreaks and grasslands, creating water pools for other wildlife, and leaving nutrients along their way required for the growth of flora and certain faunal species. Sometimes called the “gardeners”, elephants are essential for the dispersal of seeds that maintain tree diversity (Scriber, 2014) in the wild. Despite all this, the contributions of elephants on ecosystem enhancement remain only partially understood. (Ssali et al. 2012).

In the past, elephants had an extensive range of habitats, traversing across the country through migration corridors. However, the current increase in human population, coupled with the demand for arable land and settlement, has reduced the suitable habitat range for elephants in Uganda.  This trend has contributed to the fragmentation of elephant habitats and affected their natural migratory pattern and dispersal behaviours. As a result, the distribution of elephants is limited to protected areas except for a few which are found in patchy habitats outside wildlife protected areas. Due to the lack of effective or functional corridors, elephant migrations and dispersal behaviour are now restricted.

Elephants have also been sighted in Sango Bay and are believed to be migrating and using habitats across the common international border of Uganda and Tanzania in search of water and forage.

Since the late 1980s, there has been a gradual increase in elephant population in the key elephant Protected Areas of Queen Elizabeth National Park, Murchison Falls National Park and Kidepo Valley National Park. The elephant population in wildlife protected areas is currently estimated at 5,564 but this could be higher if elephant surveys in remnant forested areas outside national parks and wildlife reserves are undertaken. The recovery in elephant numbers from 2,000 in the 1980s to 5,564 is largely attributed to successful conservation efforts implemented by Uganda Wildlife Authority, improved legislation and conservation policies, the stability and security in the country.