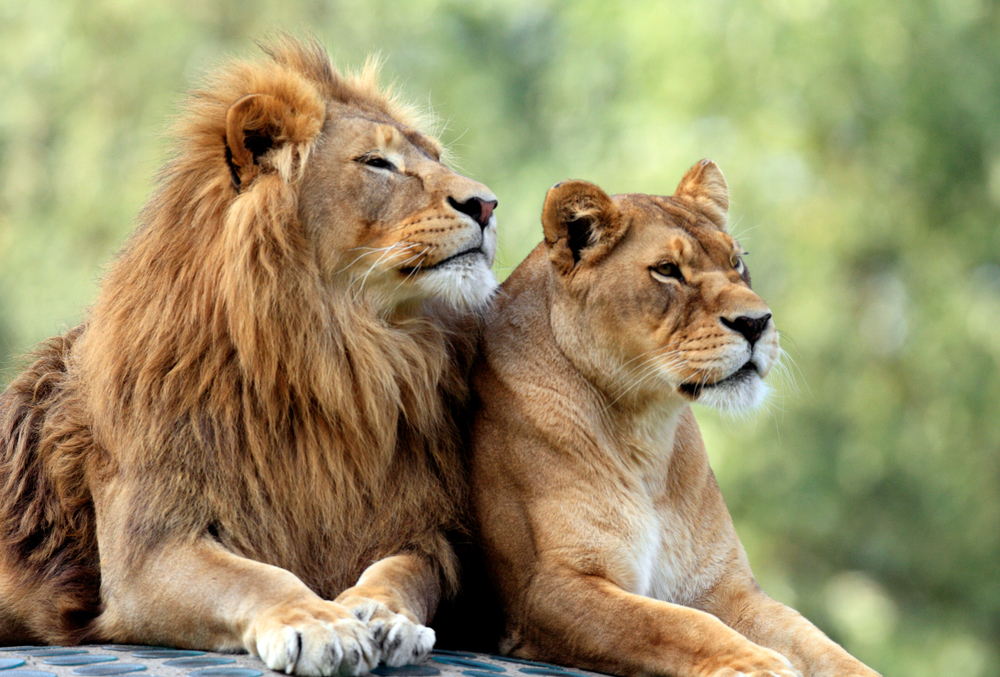 1. NEARLY ALL WILD LIONS LIVE IN AFRICA, BUT ONE SMALL POPULATION EXISTS ELSEWHERE…

Nearly all wild lions live in Africa, below the Sahara Desert, but one small population exists around Gir Forest National Park in western India.

Lions in west and central Africa are more closely related to these Asiatic lions in India, than to those found in southern and east Africa. BBC

3. THEY START OFF SPOTTY

Young lions have rosettes and spots on their sandy coats, but these generally disappear as they mature

As well as attracting females, their manes may also protect their neck and head from injuries during fights.

5. CUBS ARE REARED TOGETHER

A pride of lions is usually made up of related females and their cubs, plus a male or small group of males who defend their pride. The lionesses rear their cubs together and cubs can suckle from any female with milk.

6. LIONS CAN GET THEIR WATER FROM PLANTS

Lions are highly adaptable and can live in very dry areas like the Kalahari Desert. Here they get most of their water from their prey and will even drink from plants such as the Tsamma melon.

Lions can eat up to 40kg of meat in a single meal – around a quarter of their body weight.

Their tongues have sharp-pointed rasps, called papillae, which are used to scrape meat off the bones.

8. THEY HUNT DURING STORMS

Lions do most of their hunting at night as their eyes have adapted to the dark and this gives them a huge advantage over their prey.

They hunt more during storms as the noise and wind make it harder for prey to see and hear them.

When hunting, lionesses have specific roles. Some play the role of ‘centre’ and others the role of ‘wing’ – the wings chase the prey towards the centres.

9. LIONS ARE THE ONLY CATS WHO ROAR TOGETHER

Lions are the only known cat species where individuals roar together – with even young cubs joining in with their mews. The calling sequence usually lasts about 40 seconds.

Prides often roar together to mark their territory – a roar can be heard from 5 miles away.

10. THERE AREN’T AS MANY LIONS AS YOU’D THINK

There are thought to be as few as 23,000 lions left in the wild. When you think there are around 415,000 wild African elephants, you realise lion numbers are incredibly low.

In fact, lions have disappeared from over 90% of their historical range.

Tags:best place to see lions in ugandasafaris to ugandavisit ugandawhere are lions found in uganda