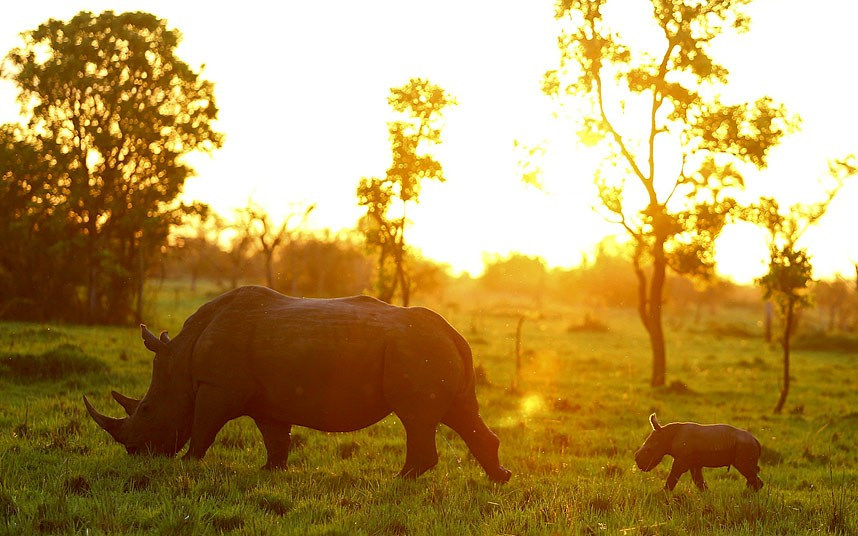 The Rhinos in all national parks became extinct because of poaching for their horns and encroachment of their habitats. The Ziwa Rhino Sanctuary was however setup by the Rhino Fund and the Uganda wildlife Authority, so as to protect the Rhinos, Breed them and eventually re-introduce them to the national parks where they once existed. The Ziwa Rhino sanctuary allows visitors to do Rhino tracking at the sanctuary and a small fee is charged.

The Ziwa Rhino sanctuary is located in Nakasongola district, 176 Kilometers from Kampala. The drive from Kampala to Ziwa Rhino Sanctuary lasts for 3 hours. BBC

There are currently 22 white Rhinos in the Ziwa Rhino Santuary, which you will enjoy while on your Rhino tracking in Uganda.

You can visit the Ziwa Rhino Sanctuary on its own or visit it on your way to or from the Murchison falls national park.